John Ray, former Army Captain and Bear Flag Republic Leader, was an early founder in what is now Northern California's Wine Country. After establishing successful vineyards throughout the region, Ray made his way up the northern stretch of the Russian River, planting some of the very first vineyards in Mendocino County, a county noted for its distinctive Pacific Ocean coastline, Redwood forests and under the canopy of those Redwoods, cannabis crops.

Little did he know that one day Mendocino County would be known as "America’s Greenest Wine Region" – in more ways than one. The expert winemakers crafts powerful yet approachable wines in here and Ray's Station celebrates John Ray's search for exceptional terroir and his need for discovery. 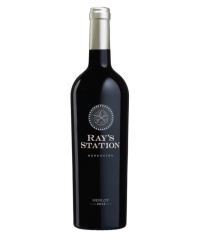 Nice fresh red from Mendocino
Ray´s Station Merlot 2014
Reset Filtr •
Copyright © Californian Wines a.s.  2022. All rights reserved  Ecommerce solutions BINARGON.cz
Cookies + GDPR
CalifornianWines.eu and partners need your consent to the use of individual data so that they can, among other things, show you information about your interests. Click on the "OK" box to give your consent.
Privacy