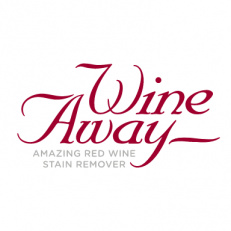 Wine Away® was originally designed to be an all purpose cleaner and degreaser. However, at the same time they developed cleaner and degreaser, everyone else did as well… so they scrapped the product and gave it out to friends and family to use. After a few months, people kept telling us it worked “pretty well” on red wine. They said it wasn’t perfect, but that we needed to explore it because there was nothing on the market at that time to remove red wine stains. So, they spent a few months in the lab testing different formulations and when we finally created one that we liked, so we gave out the new product to our friends and family for feedback. The results were positive.

The next month CEO, Staci Wanichek, contacted the editor of Food & Wine magazine and he asked her to send him a bottle. The bottle sent had no label. Wanichek just wrote her name and phone number on the outside of the bottle with a black Sharpie and sent it off to him to review (and crossed her fingers).

A week later, he called back and said they had “tested it in their test kitchen and that it worked great on white carpet and linens and that they were going to write about it in their next issue.” He asked Wanichek to send a photo of the product, pricing, and contact information.

Two weeks later they came up with the name Wine Away® and created the label. The label they have today is the original design, the only difference is the bottle. 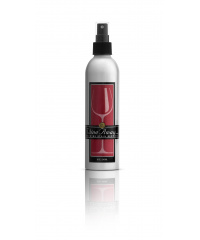 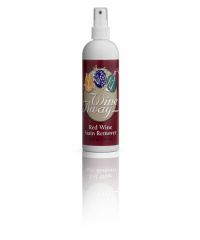 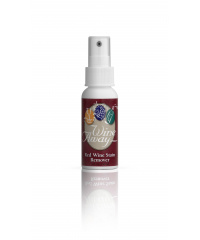 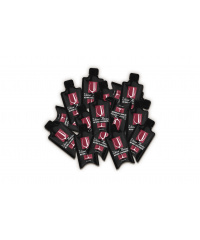 Packets are great travel companions
Wine Away Stain Removing Packet 8 ml
Reset Filtr •
Copyright © Californian Wines a.s.  2023. All rights reserved  Ecommerce solutions BINARGON.cz
Cookies + GDPR
CalifornianWines.eu and partners need your consent to the use of individual data so that they can, among other things, show you information about your interests. Click on the "OK" box to give your consent.
Privacy