The story of Kosta Browne echoes the iconic American dream—an evolution from a “tip-envelope” project to the production behind some of the industry’s most coveted Pinot Noir and Chardonnay wines. Kosta Browne was started by Dan Kosta and Michael Browne, two friends working at a local Santa Rosa restaurant who saved enough tip money to make their first barrel of Pinot Noir in 1997. Full of passion but short on capital, Michael developed relationships with key growers in Northern California, while Dan, along with the help of a third partner, Chris Costello, worked to market and sell the wines.

The quality and popularity of Kosta Browne Pinot Noir increased rapidly, and in 2011, our 2009 Sonoma Coast Pinot Noir was named Wine of the Year by Wine Spectator. Today, the unparalleled success of Kosta Browne is a testament to commitment to expressing California’s greatest Pinot Noir and Chardonnay regions. 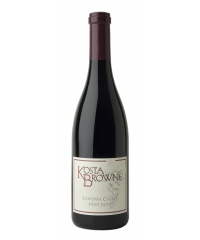