John Williams, the charismatic founder of Frog’s Leap Winery, whose journey began as dairyman in Clymer, New York. However, he discovered his passion for wine in his first experience working in the vineyards at Stag's Leap, where he also co-produced the famous Cabernet 1973, the winner of the first place of a grand tasting in Paris in 1976. Shortly afterwards, he and his friend Larry decided to transform their dream in winemaking. In fact, they sold their motorcycles to raise funds to open their own winery.

In 1981 Frog's Leap was established in the heart of the Rutherford region of Napa Valley.

Frog’s Leap Winery can be described as pioneers in several ways.

As one of the few in California, they decided to grow their wines without any artificial irrigation (dry farming). The result is a vine that sinks its roots deep into the soil to obtain all the necessary nutrients and is therefore resistant to attack by various pests or diseases, and the wine produced retains its individuality, depth and extractivity.

Since 1989, the winery has been certified as a California Certified Organic Farmers (CCOF) and was the first California winery to be 100% energy self-sufficient. 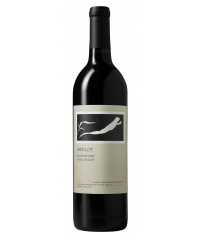 Amazing "classic style" Zinfandel
Frog´s Leap Zinfandel 2018
Reset Filtr •
Copyright © Californian Wines a.s.  2022. All rights reserved  Ecommerce solutions BINARGON.cz
Cookies + GDPR
CalifornianWines.eu and partners need your consent to the use of individual data so that they can, among other things, show you information about your interests. Click on the "OK" box to give your consent.
Privacy