The Staglin Family Vineyard has a 130 year heritage of viticulture and a rich social history based on an extraordinary procession of owners through multiple generations.

In 1864, 47 year-old John Steckter, and his wife Mary E. Harris Steckter, purchased a 367 acre parcel for $34 an acre from Serranus Clinton Hastings, one of the wealthiest pioneers and capitalists of early California. They cleared the land and built a large wood frame residence and several barns on their new farm where they propagated 60 acres of grapes surrounding the home dedicating the remaining acreage for cattle and wheat. In 1877 a local newspaper described their Rutherford property as, “a fine dwelling upon the rising ground near the foothills..” In this home John and Mary raised their six children, four daughters and two sons.

After the death of John Steckter in 1904, Mary was forced to sell the property due to litigation at which time it passed through several different owners before it was purchased in 1922 by Frank G. Manley, a mysterious gold and oil tycoon who made his fortune in the territory of Alaska while on the run from the law in Texas. He and his wife Lucile and their extended family lived in their country estate amongst the vineyards, walnut trees and prune orchards.

In 1963 the parcel sold to the Sullivan family with marriage ties to the de Latour family who owned Beaulieu Vineyards (BV). Already having a home, the Sullivans parceled off the home and sold it as a separate home site. Under the watchful eye of Andre Tchelistcheff the prune orchard was removed and new vines were planted for BV’s exclusive Georges de Latour Private Reserve label. After the death of Louise Sullivan in 1984, the property was left to her stepson Walter H. Sullivan, Jr.

In 1985, the Staglin family purchased this historic estate on the Rutherford Bench. It seems incredible that after much searching this unique parcel became available to the Staglins by sheer word of mouth and good timing.

With a strong respect for the former proprietors they worked closely with Andre Tchelistcheff to bridge his knowledge of this unique land. In 2007 they purchased the original Steckter home, reuniting it with the surrounding acreage of which it had been a part for 140 years. 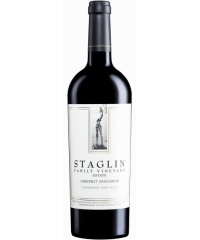 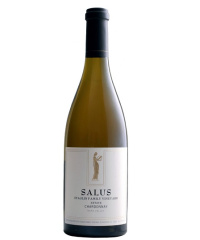 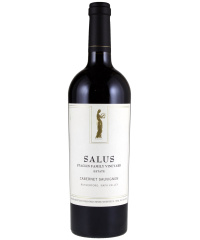 Amazing Cabernet Sauvignon
Staglin Family Vineyards Salus Estate Cabernet Sauvignon 2018
Reset Filtr •
Copyright © Californian Wines a.s.  2022. All rights reserved  Ecommerce solutions BINARGON.cz
Cookies + GDPR
CalifornianWines.eu and partners need your consent to the use of individual data so that they can, among other things, show you information about your interests. Click on the "OK" box to give your consent.
Privacy