Just like wine, some of the best things in life do not just change, they evolve: developing gradually into a better, more complex state with time.

The same is said of Blue Rock’s commitment to producing vintages true to their European roots. Wines on the estate are crafted with the type of knowledge and modern finesse that only come with experience.Blue Rock’s technique enhances the uniqueness of each wine`s character while aIso maintaining the soul of its history and the integrity of the land.

The result: vintages that feel like an accessible luxury because they exceed expectation, but for a reasonable price. It’s like getting upgraded to first class when you least expect it.

Dating back to 1880, the 100-acre Blue Rock estate tells the story of how European winemaking came to Sonoma County’s Alexander Valley. Italian immigrants brought with them olive trees, vine cuttings, and knowledge of grape growing. The region’s undulating golden hills and idyllic vistas even look reminiscent of Tuscany itself.

Blue Rock Winery was first settled by Italians who worked at the Italian-Swiss Colony winery just down the road. The original stone house was once Villa Maria winery, which closed its doors during the Prohibition Era. Acquired by Kenny and Cheryl Kahn in 1987, the Estate maintains much of its old world character. It even maintains its original olive trees that are now over 140 years old. 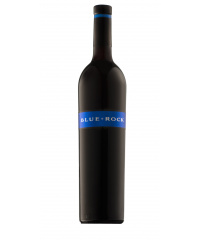 Cold climate Cab in its best
Blue Rock Cabernet Sauvignon 2017
Reset Filtr •
Copyright © Californian Wines a.s.  2022. All rights reserved  Ecommerce solutions BINARGON.cz
Cookies + GDPR
CalifornianWines.eu and partners need your consent to the use of individual data so that they can, among other things, show you information about your interests. Click on the "OK" box to give your consent.
Privacy